The idea of decentralizing a blockchain network has caused a lot of controversy in the crypto world, and it will likely continue to do so. It throws back and forth between people who support and do not support different projects, often without solid arguments or reliable data. But decentralization is a very important part of a blockchain network, not just something to argue about.

Satoshi Nakamoto created Bitcoin in part to make it decentralized. He wanted to create a financial system where people could pay each other directly without a central authority, intermediaries, or censorship. All of this must occur in an anonymous, low-trust environment.

“Decentralization” means that users, not an institution or small group, run the network. This empowers users and prevents monopolies and oligopolies. Be fair. This situation is grey.

How Decentralize a Blockchain?

There is no completely decentralized network in real life. And measuring decentralization is difficult. There are three types of networks based on how the government spreads among their users:

One person or a small group runs a centralized organization (current financial system).

When a large number of users share network control and govern it democratically (Bitcoin, Ethereum…)

or 100% decentralized, which we will see is a utopian idea. Later, we will discuss (some sources also call it “disseminated”)

Bitcoin exists to reduce centralization and increase decentralization (if not the main one). Uncontrolled by governments or corporations, user-run network (empowerment of the people, if you want to call it that). Users could use the network anonymously, and all events would be unchangeable.

Centralized blockchain networks are not always worse than decentralized ones. Centralized networks are sometimes better. It is helpful to know what problem to solve and what network to use, but that is not the point.

How To Measure Network Decentralization?

First, measuring decentralization helps us determine where the network can improve. Second, we can learn about a project’s decentralization scope to decide whether to participate, invest, develop a proposal, etc.

How Wide Is a Network?

There is no perfect way to do things or one absolute truth. We can get closer to an objective result by using certain parameters found in public sources. if we cannot find this information then we may think that the project does not decentralize.

Blockchain networks are inherently safe because they use encryption, but they can still attack. Security and decentralization may be less distinct now.

Different roles depend on the network consensus protocol. People make sure transactions are real and the last block (or book) is correct so the network can run smoothly. They are a key part, so they have much power. Make leadership difficult.

In Bitcoin’s Proof of Work, miners control the network if they get enough computing power (hash rate) by grouping.

Based on this assumption, it may be harder for miners to agree and work together to take control of the network the more they spread out.

This Parameter Raises Other Questions:

Who can mine or validate?

Is the network difficult?

Should you be tech-savvy?

Does hardware cost a lot?

Mine or validate network tokens?

If we can only take on this role with permission or after meeting certain requirements. We favor relative power over decentralization. We have already mentioned how miners/validators spread out geographically. For Example:

Suppose a network has 1 million users and 10k miners/validators. What would happen if all the miners and the regional government banned mining? Or if the power goes out?

We must check if the ratio of miners/validators to users is high and how they distribute to reduce legal, political, environmental, etc. risks.

When this happens, anyone who wants to be a validator on the Ethereum network will be able to do so if they have at least 32 ETH (about 48,000 euros at the time we write this article).

This part will not take long because the reflection is similar to the last. Nodes are crucial for growing the network, attracting users, and tracking transactions.

More distributed nodes are better. However, it slows transactions.

Most networks have web repositories and forums where you can store documentation, view code, and follow new ideas, discussions, etc.

Any network change or improvement requires technical knowledge, papers, difficult technical discussions, and months or years of testing on the test-net before it can make public.

Having a large group of well-trained developers around the world decentralizes the network. If the community is small, this network may do not update or all proposals may come from the same group of people. This would reduce creativity and depth in proposals.

Even though this is not the most important point, we should consider it.

To trade cash for tokens or tokens for cash, we must use an exchange. Decentralization allows any user to access the network without hassle.

Advanced users can interact directly with Bitcoin’s network, but they must first use an exchange. Less tech-savvy or inexperienced users will need an exchange platform.

For a project to decentralizes, it must list on global exchanges. These exchanges must be reliable, solvent, and up-to-date on rules and regulations to ensure liquidity and 24/7 operation.

The supply is the total number of coins or tokens made by the network. It is easy to see why knowing how cryptocurrencies spread is important. If someone owns a lot, they can set the price. Tokens can also use to vote, validate, etc.

The Best Virus Protection Solutions For PC, Mac And Android 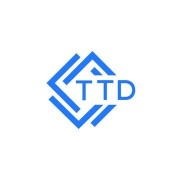 What Are The Advantages of Online Trading?

The act of purchasing and selling financial items using an online trading platform ...

What Is A Crypto Wallet, and How Can You Keep It Safe? You ...

Is There Any Magic Formula to Lose Weight Fast

How To Quickly Lose Weight Without Compromising Your Health

Processed And Ultra-Processed Foods: Types and Their Advantages?